For example, we can buy or sell pair like:

The FOREX market is one of the largest and most liquid financial markets in the world, with an average of $5.3 trillion worth of currency transactions made each trading day. Although exchange traded currency futures do exist, the vast majority of this forex trading is conducted over the counter (OTC), which means transactions are executed through a computerized network of banks, brokers and market makers instead of on a centralized exchange.

The forex market spans the globe, with the bulk of transactions taking place in the world’s most prominent financial centers — such as London, New York, Tokyo and Sydney — with Paris, Hong Kong, Zurich, Frankfurt, Singapore and Wellington also seeing some sizeable trading volume.

While most large scale currency transactions are conducted with financial institutions located in these major financial centers, forex trading can now also be done in much smaller amounts over the Internet by anyone with adequate funds in a live forex account opened with an online forex broker.

Participants in the forex market consist of a wide array of banks and financial institutions, central banks, hedge funds, investment management companies, major multinational corporations, retail forex brokers and their clients, high net worth traders, and investors. The forex market is open 24 hours a day, five and half days a week.

There are basically two types of exchange rate systems:

In a flexible exchange rate system, a currency is ‘free’ to float and market forces determine its value.

In a fixed exchange rate system, a currency is not allowed to fluctuate freely. Instead, its value is fixed either against a single currency, such as the USD, at a specific rate, or a basket of currencies. In a fixed system, the local central bank will use its currency reserves to prevent rate movements.

There are numerous factors that determine a free floating currency’s worth in the market, from international trade flow, economic and political conditions, the level of interest rates to simple short-term supply and demand. Unlike many other assets, FX is a pure market and rates move freely both up and down.

The Forex market is an ‘over the counter market’ (OTC), which means that there is no physical location and no central exchange and clearing hours where orders are matched. Instead, it operates 24-hours a day via an electronic network of banks, corporations and individuals trading one currency for another.

FX traders constantly negotiate prices between one another and the resulting market bid/ask prices are then fed into computers and displayed on official quote screens. Forex exchange rates quoted between banks are referred to as Inter-bank Rates.

There are numerous different types of participants in the FX market and frequently they are looking for very different outcomes when they trade. This is why that although FX is often described as a ‘zero-sum’ game – what one investor makes is equal in theory to what another has lost – there are numerous opportunities to make money. FX can be thought of as a pie from which everyone can have a decent meal.

Traditionally, banks have been the main participants in the FX market. They still remain the largest players in terms of market share, but transparency has made the FX market far more democratic. Now virtually everyone has access to the same, extremely narrow prices that are quoted in the interbank market.

Banks remain the main players in the FX market, but a new breed of market makers, such as hedge funds and commodity trading advisors, has emerged over the past decade.

Central Banks can also play an important role in the FX market, while international corporations have a natural interest to trade on account of their exposure to FX risk.

Retail FX has expanded rapidly over the past decade and while precise figures are hard to come by, this sector is believed to represent as much as 20% of the FX market.

While most FX trading takes place OTC, there is also a quite vibrant and successful futures market. Turnover on the CME, based in Chicagois around US $85 billion a day. Several other exchanges also offer currency futures.

Typically, spot FX prices are for T+2 settlement. That means trades, which are not closed out, are settled in 2-working days. Futures tend to have a maturity of 3-months and so are settled quarterly, normally in March, June, September and December. This is why futures prices often look different from spot. In reality, they are almost 100% correlated. The FX market is too efficient not to arbitrage out any price discrepancies. The futures price includes the forward rates of currency pairs.

Generally, futures prices are quoted as the US dollar versus the currency – in other words, a futures price is the inversion of the spot rate, plus the swap price to the maturity date. Again, this is not as complicated as it sounds.

Where to trade is a matter of choice and both the OTC and the futures markets have their merits. But the OTC market does offer more flexibility and it is generally cheaper to trade in.

How Currencies Trade on Forex Market

The concept of trading Forex is simple, once it is realized that a currency is a commodity whose value fluctuates against another currency. By buying (or selling) a currency, Forex traders look to earn a profit from the movement in the market. The beauty of Forex is that the cost of trading is so low. This means that trades can be transacted for the extreme short-term, literally seconds, as well as for a longer duration.

How to Make Money on Forex Trading

The profit potential comes from the fluctuations (changes) in the currency exchange market. You make money by buying a currency at a particular rate (or price) and selling it again for more than you bought it. The market is highly volatile which means it is constantly changing and therefore offers greater chances to profit but also greater risk. The incentive to trade in Forex is that 100 multiply regular daily fluctuations, say - around 1%. For more information about it please go to the article on Leverage.

How Risky in Forex Trading

Losses are unlimited unless you have a 'Stop Loss' on your position. At The FX Center there is always a Stop Loss for our team, therefore you cannot lose more than your 'margin', the money you are prepared to risk and the rolling fee if it's a day trade transaction. However, Forex is risky so only risk what you can afford and is not vital to your well-being.

Forex and 'FX' are shortened terms used for 'foreign exchange'.

This article is an overview into the historical evolution of the foreign exchange market. It follows the historical roots of the international currency trading from the days of the gold exchange, through the Bretton Woods Agreement, to its current setting.


The Gold exchange period and the Bretton Woods Agreement

The Bretton Woods Agreement, established in 1944, fixed national currencies against the dollar, and set the dollar at a rate of 35USD per ounce of gold. In 1967, a Chicago bank refused to make a loan in pound sterling to a college professor by the name of Milton Friedman because he had intended to use the funds to short the British currency. The bank's refusal to grant the loan was due to the Bretton Woods Agreement.

However, the gold exchange standard had a weakness of boom-bust patterns. As an economy strengthened, it would import a great deal until it ran down its gold reserves required to support its currency. As a result, the money supply would diminish, interest rates escalate and economic activity slowed to the point of recession. Ultimately, prices of commodities would hit bottom, appearing attractive to other nations, who would sprint into a buying fury that injected the economy with gold until it increased its money supply, driving down interest rates and restoring wealth into the economy. Such boom-bust patterns abounded throughout the gold standard until World War I temporarily discontinued trade flows and the free movement of gold.

The Bretton Woods Agreement was founded after World War II, in order to stabilize and regulate the international Forex market. Participating countries agreed to try to maintain the value of their currency within a narrow margin against the dollar and an equivalent rate of gold as needed. The dollar gained a premium position as a reference currency, reflecting the shift in global economic dominance from Europe to the USA. Countries were prohibited from devaluing their currencies to benefit their foreign trade and were only allowed to devalue their currencies by less than 10%. The great volume of international Forex trade led to massive movements of capital, which were generated by post-war construction during the 1950s, and this movement destabilized the foreign exchange rates established in the Bretton Woods Agreement.

1971 heralded the abandonment of the Bretton Woods in that the US dollar would no longer be exchangeable into gold. By 1973, the forces of supply and demand controlled major industrialized nations' currencies, which now floated more freely across nations. Prices were floated daily, with volumes, speed and price volatility all increasing throughout the 1970s, and new financial instruments, market deregulation and trade liberalization emerged.

The onset of computers and technology in the 1980s accelerated the pace of extending the market continuum for cross-border capital movements through Asian, European and American time zones. Transactions in foreign exchange increased intensively from nearly $70 billion a day in the 1980s, to more than $1.5 trillion a day two decades later. Red more about the history of gold trading.


The Explosion of the Euro Market

The rapid development of the Eurodollar market, where US dollars are deposited in banks outside the US, was a major mechanism for speeding up Forex trading. Likewise, Euro markets are those where assets are deposited outside the currency of origin. The Eurodollar market first came into being in the 1950s when the Soviet Union's oil revenue - all in US dollars - was being deposited outside the US in fear of being frozen by US regulators. That gave rise to a vast offshore pool of dollars outside the control of US authorities. The US government imposed laws to restrict dollar lending to foreigners. Euro markets were particularly attractive because they had far fewer regulations and offered higher yields. From the late 1980s onwards, US companies began to borrow offshore, finding Euro markets an advantageous place for holding excess liquidity, providing short-term loans and financing imports and exports.

London was and remains the principal offshore market. In the 1980s, it became the key center in the Eurodollar market when British banks began lending dollars as an alternative to pounds in order to maintain their leading position in global finance. London's convenient geographical location (operating during Asian and American markets) is also instrumental in preserving its dominance in the Euro market. 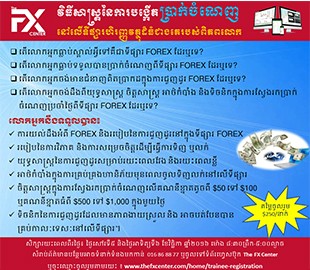 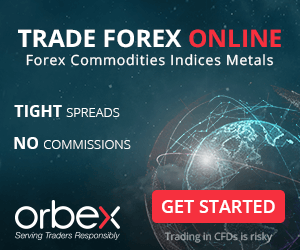